Last week’s post on Why You Secretly Want To Fail (Or Why Sharing Your Creativity is Like the Dream Where You’re Naked) unraveled the idea of vulnerability and the personal rejection Creatives face when their work is rejected. It prompted Tessa Zeng of the gorgeous new site Experiencing Revolution) to tweet Oh, the need to be transparent! Easier said than done.

Very true. It really is easier said than done. Her sentiment and Jamey Burrell at Life as An Experiment Twittering about decision-making got me thinking about how we unlock the ability to put our creativity and lives into action. I use this approached when I was helping people to get ready for the GED exam. Combined with the right tools it works wonders!

Embracing Empathy “Easier Said Than Done” is all largely expressed because we make it all so complex. As human beings and creative innovators, we all have large egos in one way or another. Even the most demure and uncertain of us still think we have something to say. Or we wouldn’t be searching blogs for insight and affirmation and creating our own. In those egos, we wonder how to make it easier. How to make it certain. How to know what we’re saying and doing is as worthwhile as everyone else.

First, we need to stop caring about what everyone else is doing and instead care about why they’re doing it. We do that by evoking empathy for others. Let your guard down long enough to let it resonate with you. How does it change your point-of-view? How does it enhance it? How do you feel seeing someone pouring their guts out? Putting words together in just the right way that makes you misty while remembering what it felt like to be in that same situation? Or the exhilaration of seeing the most deftly crafted documentary? Photo gallery? Location Independent travel business that makes you rethink the way you’ve ever lived life?

Getting vulnerable is about letting down your guard and letting something else engulf your point-of-view.

Being vulnerable is also about telling the truth. The real, stark, hard-hitting, stick to your gut matter of it all. The roots of what you’re really trying to say. You know when you’re holding back. When you’re leaving out the splinter in the road that leads you down a dark road and was the epic part of who you are today. But instead you just pick-up again where the fork closed and you left it all behind. Remember. You don’t need to be vulnerable just for the sake of being vulnerable.

Some pieces of us are sacred. We’re talking about creativity and action here. So instead, do it for the sake of creating whatever it is you long to evoke and fully express. Share that point-of-view in what you’re trying to create. Developing a fresh point-of-view and creating with your vulnerability is about evoking real, tangible empathy. And it’s also about doing something. And doing it with meaning. At some point you have to Stop asking yourself these questions:

You have to stop asking questions and do something. In my post about quitting my job, one of the last things I said was, “It was time to stop wasting time in deep contemplation for an answer I already knew to be true.” It’s fine to be methodical and search out a decision. It’s not fine to keep belaboring it until you are so consumed you think of nothing else at the expense of stalling your life. You’ll know you’re doing it when:

In most cases, there is no right or wrong decision. It’s just “a decision” and it’s what you do with it that really matters. If your decision wasn’t right – you’ll learn something invaluable, become strong and badass, and move on determined. If it was the right decision – you’ll end up satisfied. Perhaps at some point complacent until you realize what you have in your hands and become determined. Either way, you’ll end up on a similar path somewhere along the way.

Different lessons, both important in impact. But I get it. Knowing where to start is also difficult. But that’s really because you’re asking yourself so many damn questions all the time you overwhelm yourself to the point of epic paralysis. The insurmountable pressure you feel becomes like an addiction. You wrap yourself in it to largely numb out the real issue you have with taking leaps of faith and being vulnerable.

Start today. Do something by writing one thing down to do. One. Maybe it’s to ask the letterpress guy in your neighborhood for advice on buying your own tabletop press. And that’s it. No more, no less. And because you’ve devoted so much of your hard-earned energy to your overcomplicated decision, doing one thing will feel like an enormous weight has been lifted from your shallow-breathing chest. And it’s highly likely you’ll look forward to writing down the next thing on your list.

And if you’re still overwhelmed, that’s fine. Write down the next thing to do. One. No more, no less. If your decision is so enormous, like “Which job should I take? Or none at all?” Ask for some advice to get a new perspective to get out of your funk.

You are most likely suffering from brain-lock. Your mind is so overstimulated and processing so many variables that it’s just repeating the same circuit over and over again. Get some advice, go to sleep, ask yourself what your gut tells you the moment you wake up. Repeat. Just make sure to ask someone who has the authority to answer. That means you shouldn’t ask your best friend if they know nothing about the root of the subject.

You’ll risk asking for permission instead of perspective. Do ask the guy you have a connection with that just seems to get what you mean and has made a similar decision. Groupthink can also help, but be careful not to confuse it as affirmation and fall into an abyss of “I need your support to know I’m worthwhile.” Working with a group in a writer’s workshop or similar setting can hold you accountable to routine, give you structure, and seek out constructive feedback on what you’re doing. Without it, you’re creating in a vacuum and the only sound you hear is deafening white noise.

Also, consider if you’re making a decision to prove a point. Is that a point to make to everyone around you? Or more likely, to yourself? To prove you really are strong? Or unique? Or suited to be the innovator you always knew you were? Sort it out, throw out the junk, sift through what’s left. It might take a while to fully rid yourself of whatever it is you need to process, but that’s okay. It doesn’t have to happen overnight.

But when you get to the bottom of what’s left, remind yourself to stop proving points, and create a new point-of-view instead.

Along with that sentiment comes intuition. Listen to it as much as possible. If you haven’t exercised the intuition muscle in a while, you’ll just get whispers at first. Then soft suggestions, then declarations, then slaps in the face. Over time, you’ll learn what it sounds and feels like and it will cut through the doubt and uncertainty in your head. What is it really telling you to do?

You should know that at some point you’re likely to become enraged that your intuition has told you what to do, but not how to do it. To that I say: Get over yourself. Stop micromanaging your own life and creativity. Stop stifling yourself. Stop silencing yourself. Stop stalling your life. And start living it. You need time to journey, to fully step into the phase in life you’re entering, to get on the path and see what comes your way. You can have a plan, but part of the plan should be about being vulnerable and open to new ideas along the way. Over time, your list of “Do just one thing” suddenly gets longer, and then you forget to make one altogether.

Because suddenly you’re learning how to weld and created your Etsy store and started training for a marathon. You’re already living in it, and the idea of how overly complex you previously made your choices will now seem inconsequential. Once you have that momentum going, it’s easy to let it propel you forward along the journey. Ruts are easier to handle with the knowledge and esteem you’ve gained along the way. Look back and know you already handled it once, and you know you can do it again.

Make your decision to create something count… don’t make it count against what you really want to say. 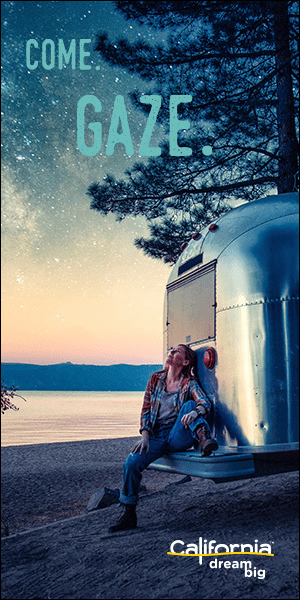